One area I struggle with each new year after removing the Christmas décor off my large rustic wooden mantel is what to put up for the winter months.  I don’t know if it is mental fatigue from the holidays or just lack of inspiration but it takes me a few weeks to actually decorate the mantel for winter when other bloggers seem to have it decided back in November and up by the first of the year.  This year I found some inspiration in a black and white ribbon I purchased before Christmas.  This ribbon inspired a series of other projects and posts as I pulled together this black and white winter mantel.

This post contains affiliate links which help to support this blog at no additional cost to you. 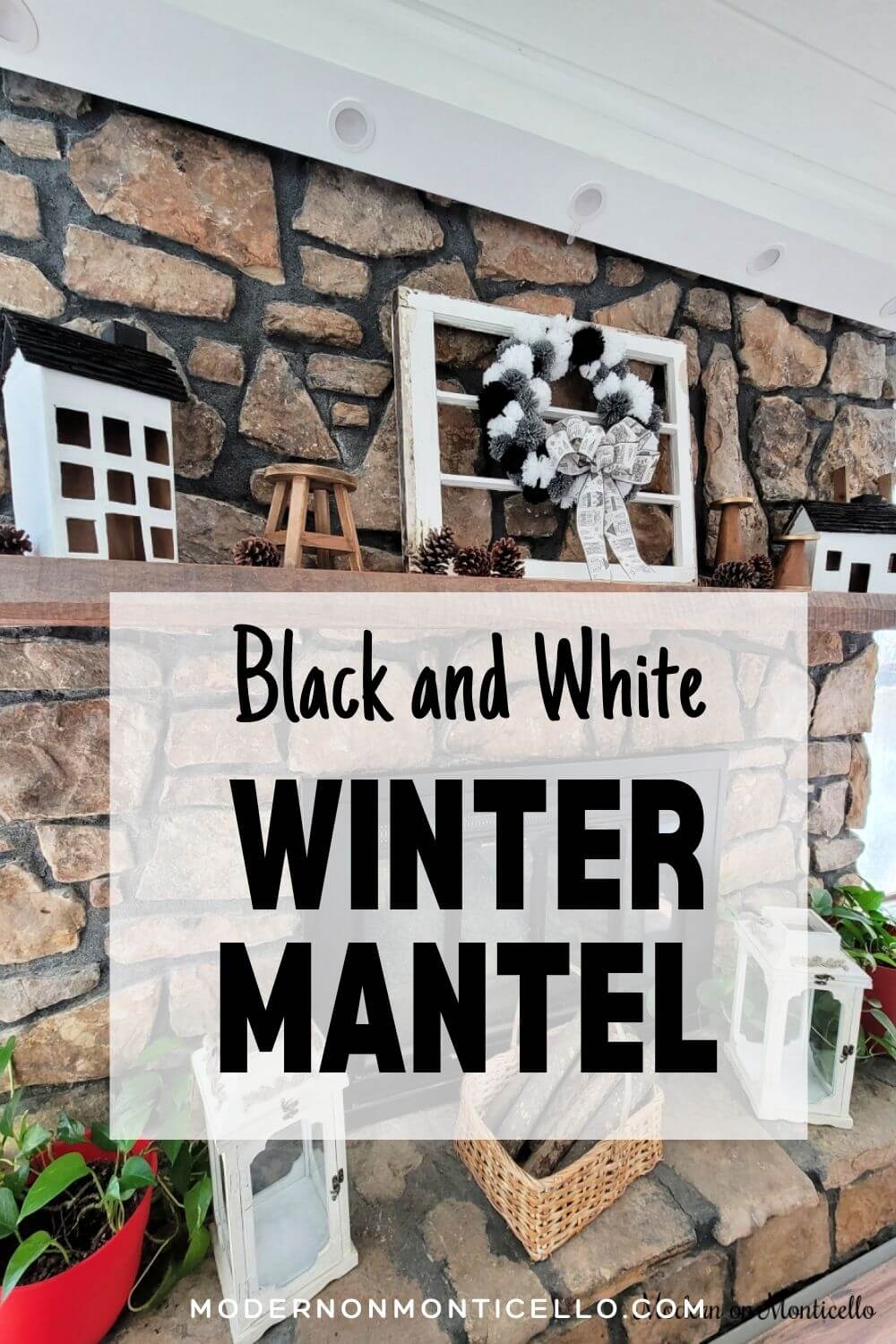 If you have been reading my blog for the last few weeks you have seen the ribbon that inspired my black and white mantel.  The ribbon was first introduced on a bow featured on my Evergreen Wreath Makeover for Winter post. 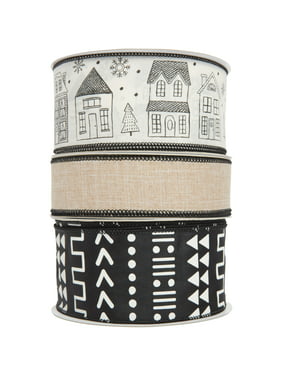 As a side note, Walmart has marked down the price of this ribbon combo to just $3.00.  I have already ordered two sets of them – and some other clearance ribbons – for future projects.

So here is my version of a black and white winter mantel. 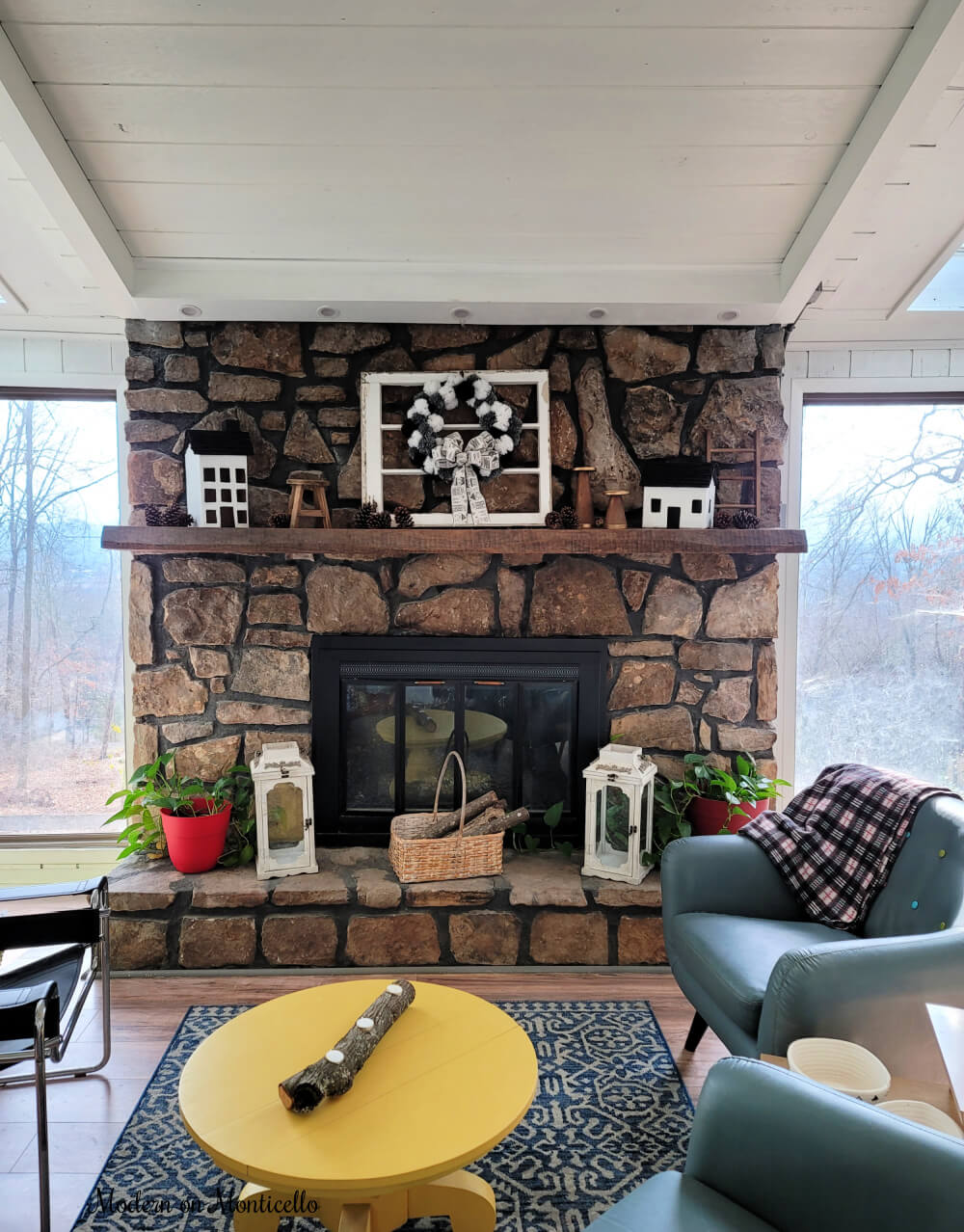 I started out the new mantel décor with one of the old window frames from our rental house that I use often on the mantel.  The main reason is because I have decided not to drill holes for nails or screws in the 40+ year old fireplace mortar and the old window frame gives me a way to actually hang a wreath over the fireplace.

The window frame is decorative and also serves an important purpose. 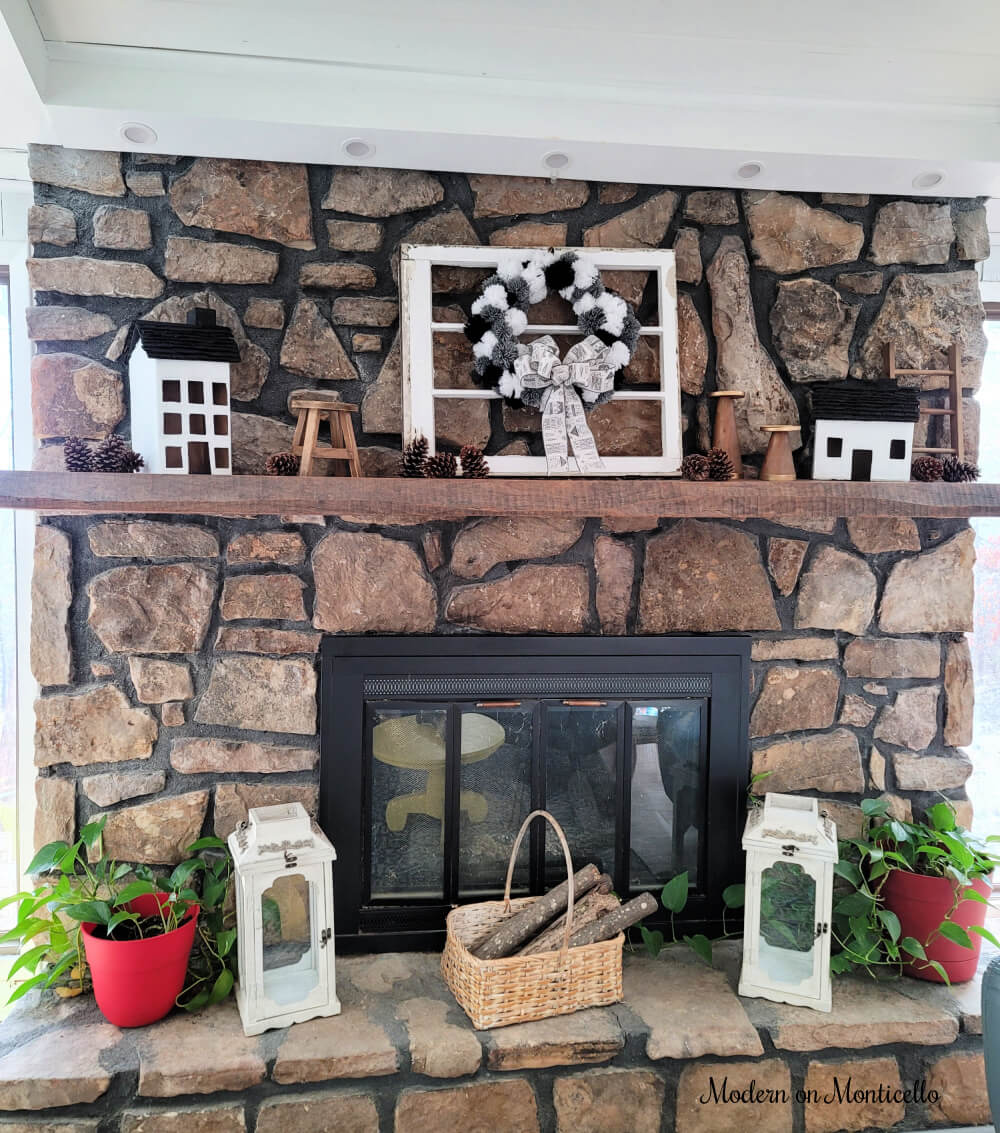 Next, I added in two custom made cardboard miniature houses I finished earlier this week.  Be on the lookout for my post next week showing how I made them. Finding miniature houses that aren’t too small for my large mantel is a challenge so I had to get creative and use some old learned skills from design school to make my own. 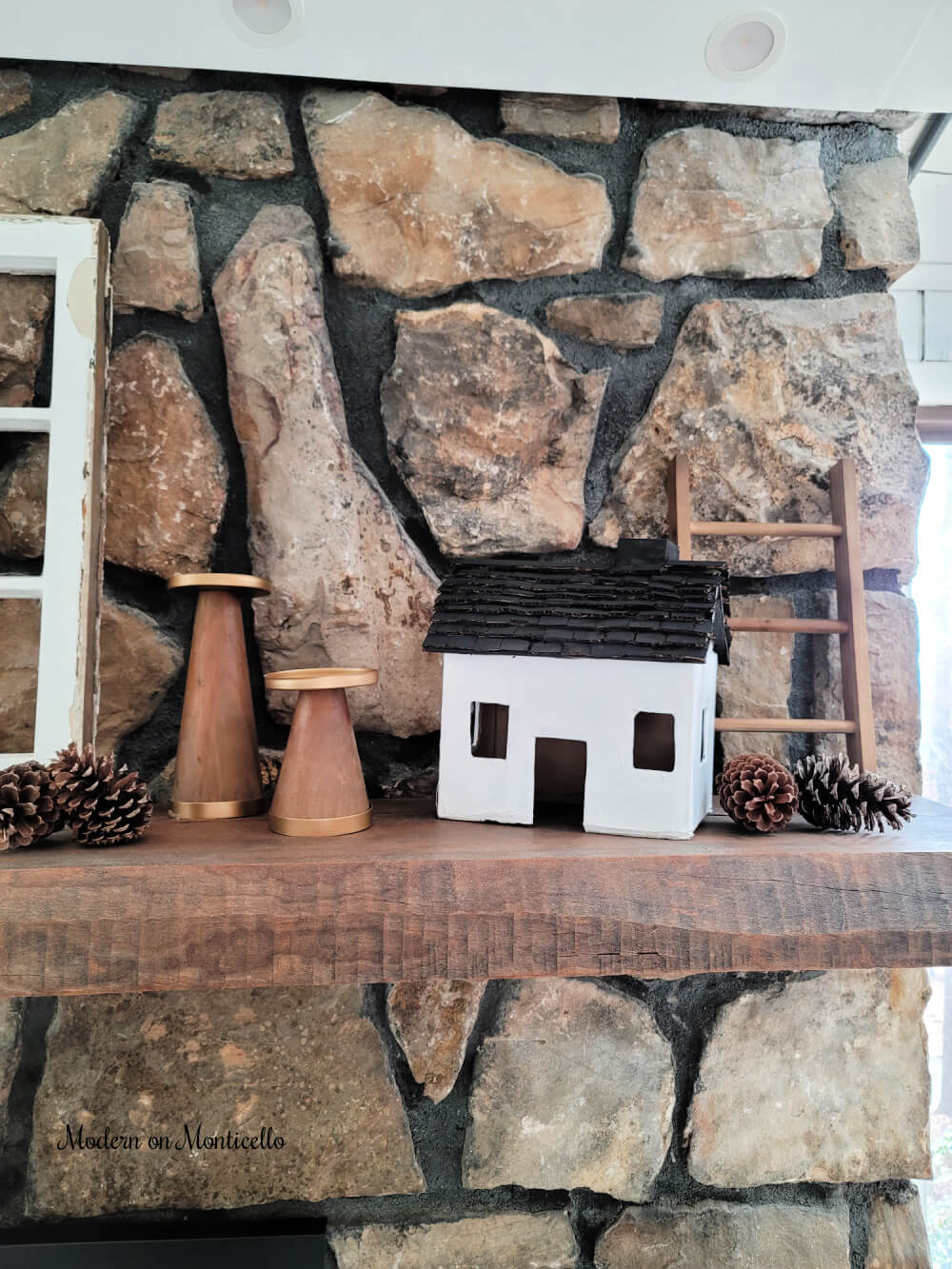 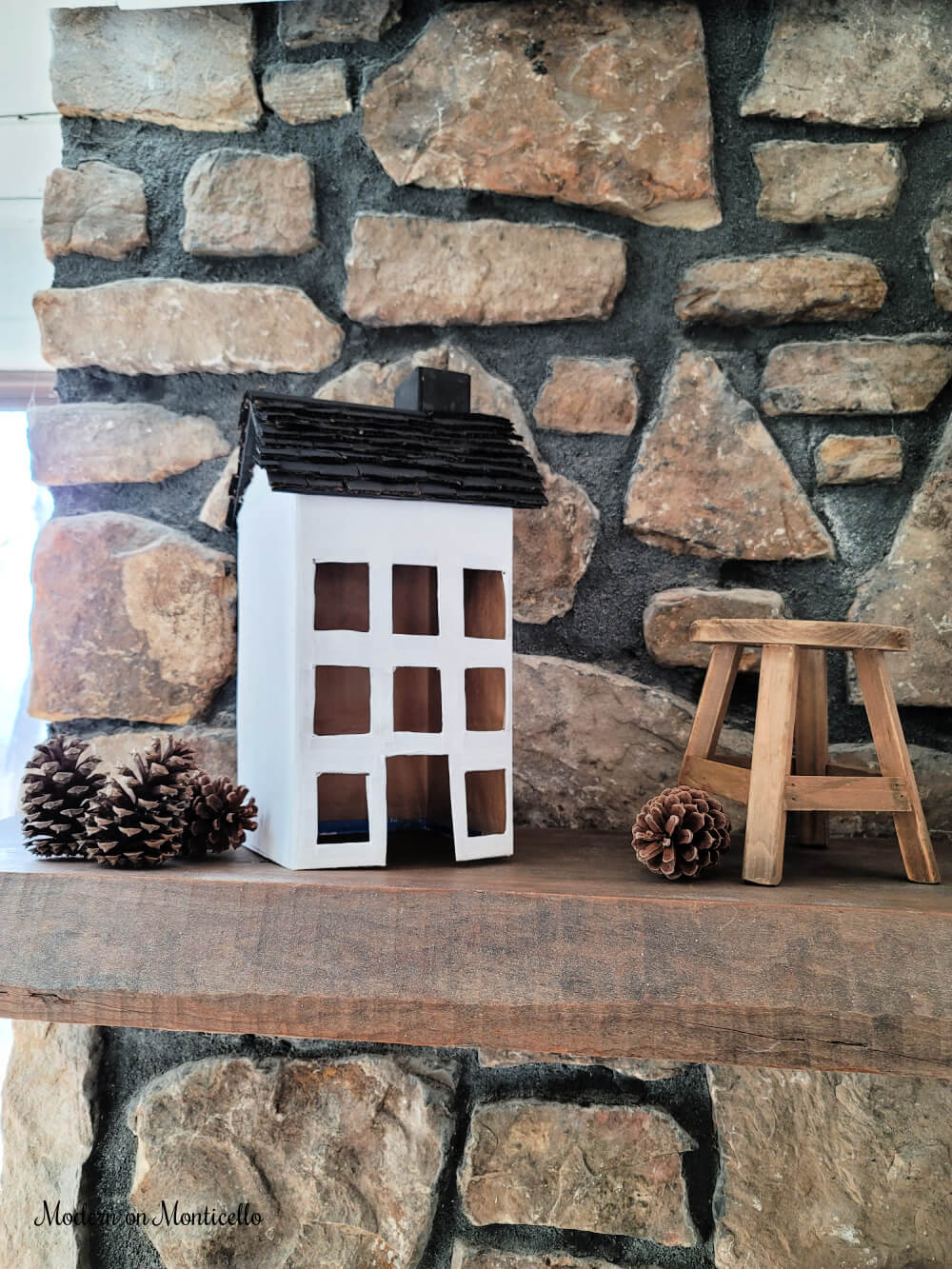 Wanting to keep the entire look very neutral, I only added in wood elements to the display like a small ladder, wood candlesticks, a miniature wooden stool and some of the large pinecones my husband picks up for me on his long walks with one of our dogs. 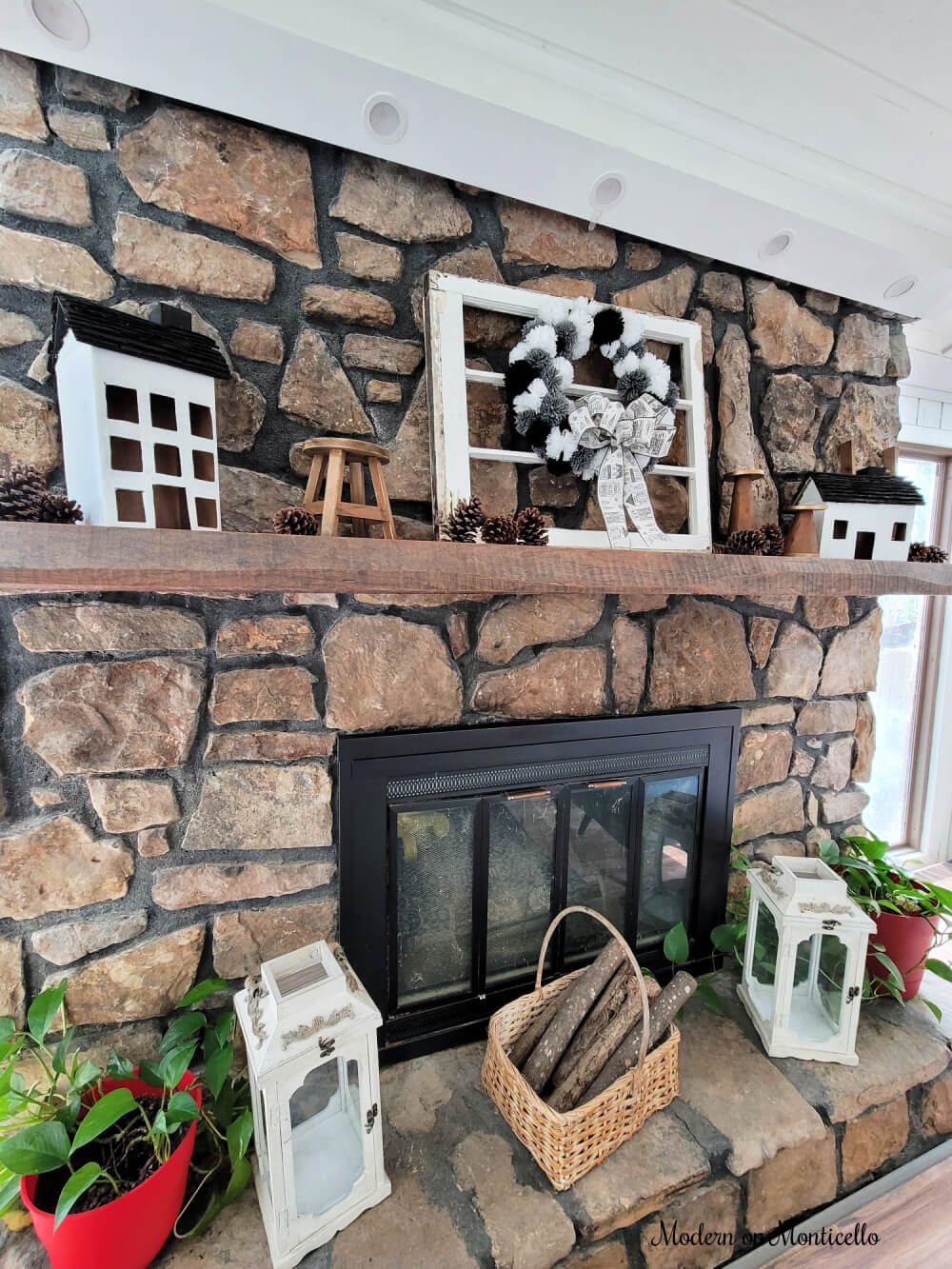 The two large white painted lanterns sitting on the hearth were used at my daughter’s wedding and I move them around as needed.  They have been on the mantel, below the mantel on the hearth, and even on the side cabinet.   In the Fall they had small pumpkins in them and at Christmas a collection of round glass ornaments.  Who knows where I will decide to move them next!

However,  the two large red pots for the potted plants have found a new home on the hearth since before Christmas. The two red pots add just a small hint of color to the overall display – and the truth is I didn’t want to move them.  The plants seem to be thriving in this location with the two large windows so they might just stay there permanently.

The final item was to make a bow using the ribbon that inspired the look and attach it to the pom pom wreath. 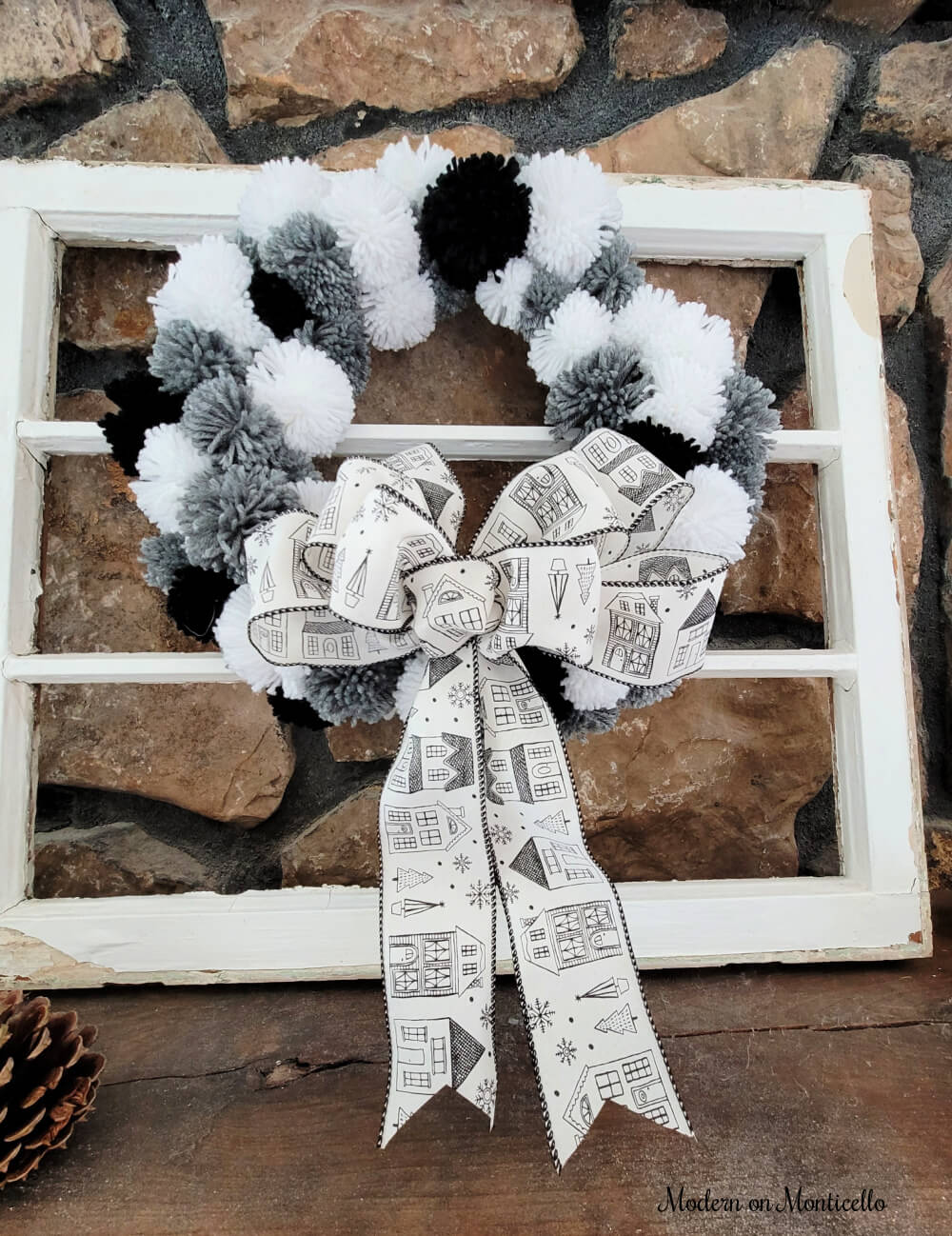 Another winter mantel is finished and now I can start planning a new look for the Spring and Summer months.

1 Timothy 6:12 “Fight the good fight for the true faith. Hold tightly to the eternal life to which God has called you, which you have declared so well before many witnesses.”