Our Snoopy themed Christmas tree wouldn’t be complete without the classic comic strip.  This is how I made the comic strip ribbon I used as garland for this year.

This post contains affiliate links which help to support this blog if you were to purchase anything through any of these links, at no additional cost to you. 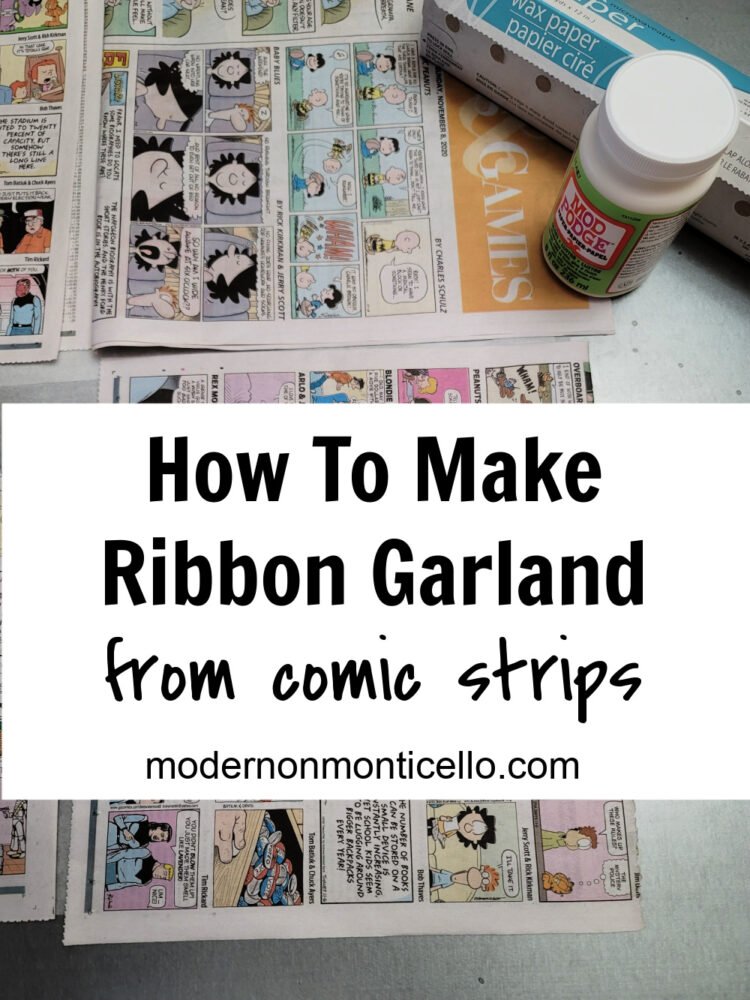 Growing up, my grandmother would often wrap our Christmas presents in the Sunday comic section of the newspaper.  Actually we called them the funny papers growing up. Did anyone else?

I cherished those memories and how frugal my Grandma was even at Christmas, reusing everything she could in her home.  For my Snoopy themed Christmas tree I was inspired to create comic strip ribbon garland for the tree by reusing the funny papers just like she did.

This project started months ago when I first got the inspiration to put up a Snoopy themed Christmas tree this year to celebrate the 70th Anniversary of the Peanuts comic strips.  For weeks, I collected every comic section from our local newspaper delivered to our home.  We only get the weekend editions so this took some time.

Actually a few months worth of collecting newspaper is more like it.

This project is very easy but just takes a little time and effort, and lots of Mod Podge.

I used the Mod Podge for Paper for this project.

First I made sure that I keep the comic pages of the newspaper intact, including the folded pages.  For this project you will need extra thickness for the end product so you want to keep the entire folded section of the paper.

Cover whatever surface you are working on with wax paper to prevent the newspaper from sticking to the top of your table.

Applied a layer of Mod Podge to the inside section of the paper, behind the Snoopy comic strip only.  If I was using the entire comic strip section I would have covered the inside completely but I only needed one section for my project. 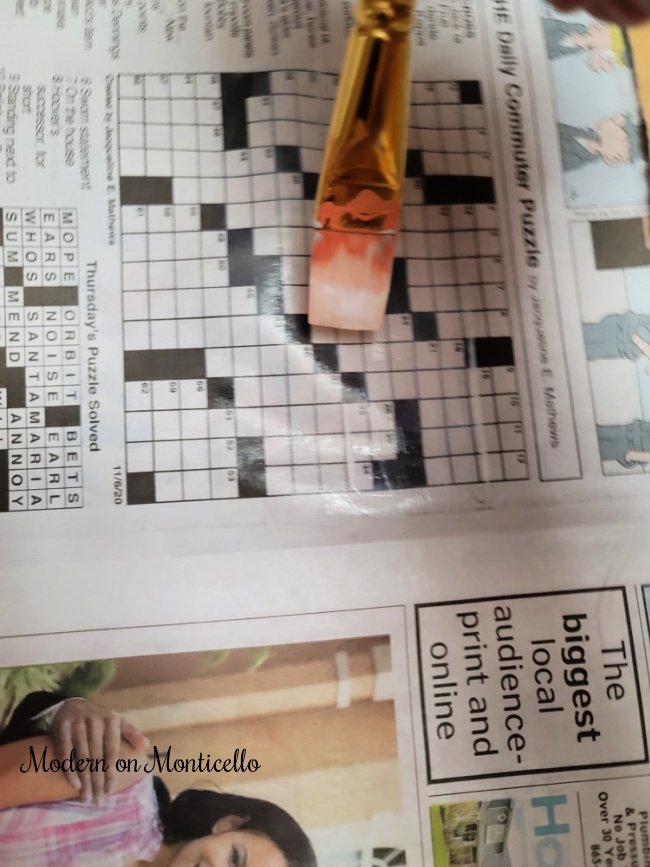 Fold the paper back together and smooth out any wrinkles on the top page.  Then paint on a coat of Mod Podge over the section of the comic strip you want and allow this layer to dry. 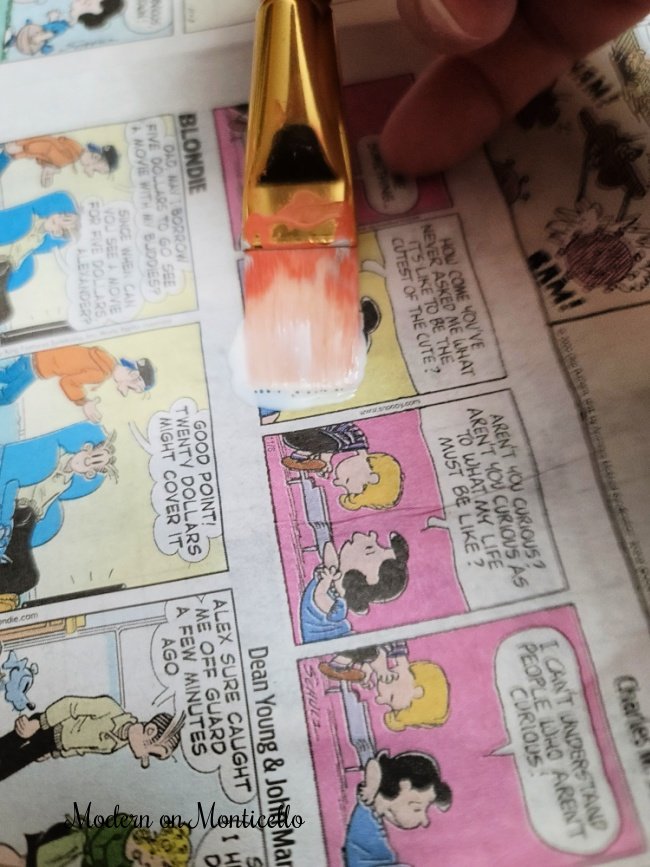 This will make a double thickness for the ribbon.

Once that layer is dry you can then cut out the sections of the comic strips you plan to use.

Flip over the strips and cover the back side of the paper this time.

Now you should have several cut out strips of comics that have been completely covered in Mod Podge on all sides and has a double thickness.  Apply Mod Podge between the layers again if needed. 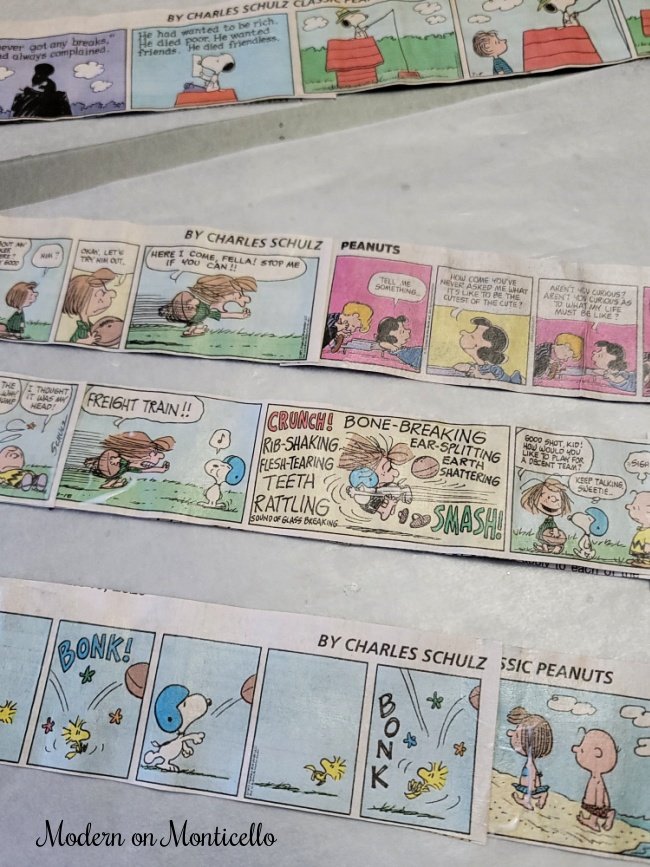 I didn’t make a continuous length of garland, but actually created several pieces that were about 2 feet or more. Since it was going to be used as garland for a tree the smaller sections worked best for my idea.

This can also be a great way to make one of a kind ribbon toppers for gifts.

If you wanted to make something different than comic strip ribbon for a garland, such as a bow for instance, you would just keep making it as long as you need for the loops of the ribbon.  But for my project I wanted individual strips for garland so I made them shorter. 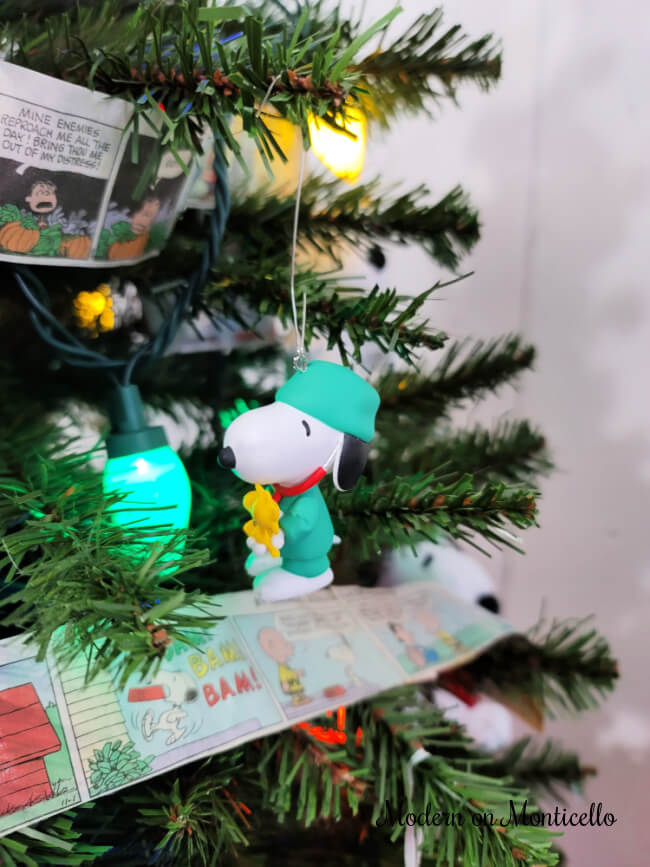 The finished strips will have a waxy coating from the Mod Podge but will also be flexible enough to use as a ribbon. If it comes apart at the edges, use apply more Mod Podge to hold it together again. 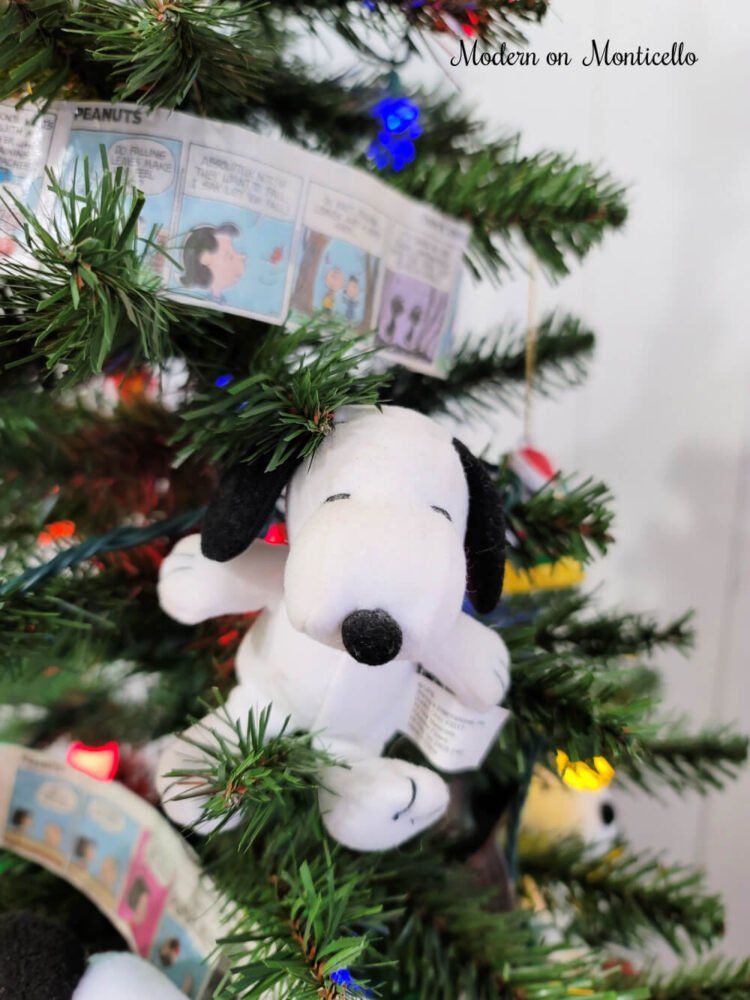 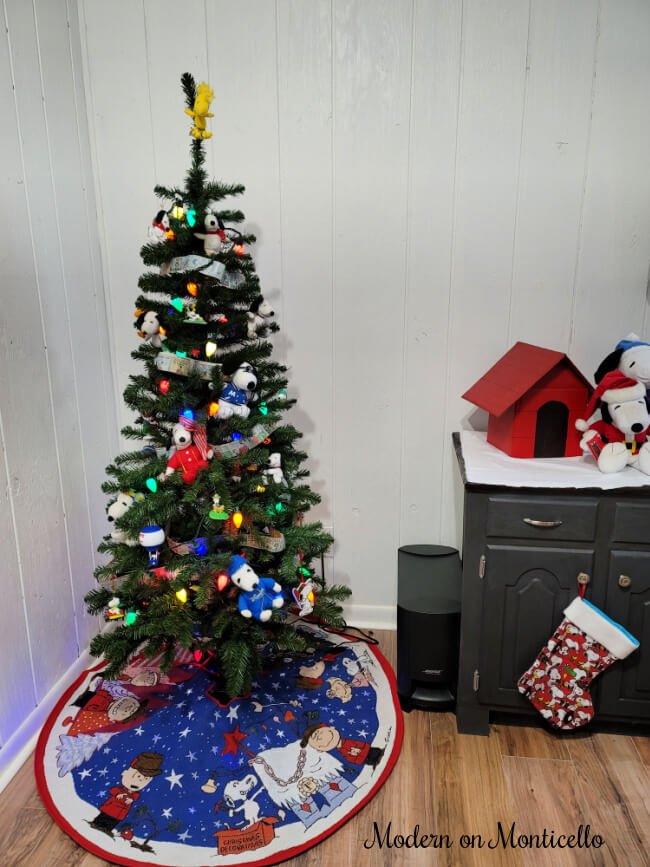 I have another post all of the whimsical details of my Snoopy Christmas Tree.

I will also post another post this week about how I created my miniature Snoopy Dog House out of cardboard boxes.

“Such things were written in the scriptures long ago to teach us. And the scriptures give us hope and encouragement as we wait patiently for God’s promises to be fulfilled.”  Romans 15:4